Accumulating evidence suggests that both intrinsic and extrinsic factors shape the function of neural circuits within specific substructures of the adult brain. A primary goal of my laboratory is to identify mechanisms by which influences outside the CNS regulate brain function in the context of aging and disease. I recently demonstrated that the youth-associated blood-borne factor tissue inhibitor of metalloproteinases 2 (TIMP2) revitalizes hippocampal synaptic plasticity and cognition in aged mice. We are now actively exploring how TIMP2 acts on circuits linked to learning and memory at molecular, morphological, and transcriptional levels of analysis. Given that TIMP2’s role in the brain is relatively unknown, we are creating a variety of genetic tools to begin probing the precise mechanism by which TIMP2 and its putative binding partners act to shape synaptic plasticity processes. A related goal of my group is to clarify the link between risk factors for neurodegenerative disease and the immune system. As such, another arm of the laboratory will focus on characterizing the extent to which blood-borne factors altered in the course of normal aging play a role in the pathogenesis of Alzheimer’s disease or other neurodegenerative disorders. We leverage both systems “big data” approaches as well as conventional molecular, cellular, and behavioral methodologies to understand a new frontier in neuroscience: how the brain’s learning and memory (formation, consolidation) circuits are shaped by systemic influences and the extent to which this plays a role in disease.

A protein from human umbilical cords revitalizes memory — at least in mice.

You leave your car in a vast, crowded parking lot, and when you return, you have no idea where it is. The ensuing search is frustrating, time-consuming and a little embarrassing.

That experience occurs more frequently as we get older, because the functions of the part of the brain that encodes spatial and episodic memories — the hippocampus — decline with age.

Blood from human infants appears to improve learning and memory in older mice, a new study shows. The research is the latest in a new field of inquiry, where scientists are looking to see if blood from the very young can rejuvenate the old.

Could young blood revive memory in the aging brain?

A new study hints that young blood may harbor clues to a “fountain of youth” for older brains.

The findings suggest that something in young blood is important in maintaining mental acuity.

Decades ago, scientists surgically attached pairs of rats to each other and noticed that old rats tended to live longer if they shared a bloodstream with young rats.

It was the beginning of a peculiar and ambitious scientific endeavor to understand how certain materials from young bodies, when transplanted into older ones, can sometimes improve or rejuvenate them.

Dementia patients have been offered hope that their memory could be repaired after scientists showed that injecting blood from the umbilical cords of human babies restores brain function.

How do blood-borne factors influence the brain in the context of disease?

Conventional wisdom has held that the blood-brain barrier isolates the brain from the influence of the immune system and systemic environment. The concept that neural networks have a limited capacity for repair has also been challenged by recent progress in regenerative biology. With the discovery of novel immune interactions and anatomical pathways that link the peripheral and central compartments, opportunities have emerged to investigate blood/brain communication in attempts to develop new therapeutic targets for devastating disorders of the nervous system. Studies over the past decade have uncovered the regenerative capacity of aged tissues via factors in the blood (ref 1 for review; see Figure 1). 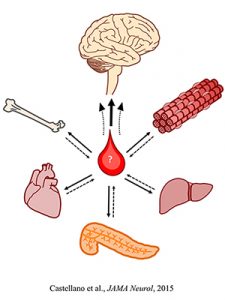 By surgically connecting young and aged mice via parabiosis, various groups working across disciplines have demonstrated that aged tissue is capable of revitalization simply by its exposure to cellular or molecular components of the young systemic milieu. Exposure to such factors via parabiosis or following transfer of young plasma revitalizes diverse processes within the brain, including vascularization, the birth of new neurons, synaptic plasticity and learning and memory (refs 1–4).

I recently demonstrated that human plasma from an early developmental stage–umbilical cord plasma–contains proteins capable of revitalizing spatial learning and memory while increasing synaptic plasticity (ref 5). Moreover, we found that the youth-associated blood-borne factor, tissue inhibitor of metalloproteinases 2 (TIMP2), is necessary for the cognitive benefits conferred by cord plasma in aged mice. Neutralizing systemic pools of TIMP 2 using antibody-mediated approaches or through genetic ablation results in profound alterations in spatial memory in adult mice. While TIMP2-expressing hilar neurons are present at high levels in young mice, the number of these neurons declines profoundly with age. Systemic perturbation of TIMP2 results in functional changes at the level of synapses and, in some cases, at the level of gene transcription. A key focus of our group is to characterize how TIMP2 and related molecules act on circuits linked to learning and memory at various levels of analysis. We will answer fundamental questions of TIMP2 biology while also seeking the broader picture of how circulating molecules influence risk for disorders of the CNS and how aging shapes risk for these disorders. We will employ cutting-edge molecular and behavioral approaches to examine function while using next-generation ChIP-seq and RNA-seq approaches to unravel the complex interplay between systemic and central compartments.

K99/R00 Pathway to Independence Award, “Regulation of hippocampal plasticity and learning and memory by a bloodborne rejuvenation factor” 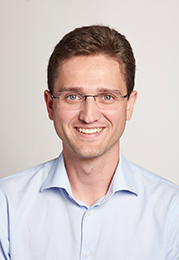 As a graduate student in David Holtzman’s group at Washington University in St. Louis, I studied how the strongest genetic risk factor for Alzheimer’s disease influences metabolism of the pathogenic amyloid beta peptide from brain interstitial fluid. I used in vivo microdialysis to show in behaving mice that clearance of this peptide is impeded by the presence of APOE4 whereas clearance in the context of more protective forms is faster. During my postdoctoral training in Tony Wyss-Coray’s group at Stanford University, I became engrossed in characterizing factors in the periphery that reverse features of brain aging, finding that systemic umbilical cord plasma treatment revitalizes hippocampal function in aged mice. My laboratory now focuses on characterizing the activity of blood-borne proteins like TIMP2 that mediate long-range effects on circuits in the brain in the context of Alzheimer’s disease. Catarina received her PhD in Health Sciences in 2017 from the School of Medicine at the University of Minho in Portugal. During this time, she focused on the identification of novel mechanisms that regulate different forms of neural plasticity, specifically the generation of new neural cells in the adult brain and the implications of this plasticity in the overall maintenance of brain homeostasis and behavior. Catarina demonstrated that the iron-traffic protein lipocalin-2 (LCN2) is required to control quiescent and active states of adult neural stem cells for proper adult cell genesis, ultimately regulating cognitive function. As a postdoc in the Castellano lab, Catarina is focused on understanding how activity of the youth-associated blood-born factor TIMP2 shapes brain circuits linked to learning and memory and understanding this action in the context of Alzheimer’s disease. Outside the lab, Catarina enjoys reading, spending time with friends, and traveling. Jeffrey received his B.S. in Neural Science in 2019 from New York University. During his undergraduate career, he worked in Dr. Eric Klann’s laboratory studying the molecular mechanisms of translational control and their role in various cognitive disorders. His bachelor’s thesis sought to characterize the role of cap-dependent translation in cortico-striatal circuitry in a mouse model of Fragile X Syndrome. While in the lab, Jeffrey hopes to further his interest in studying neurological diseases including Alzheimer’s. Apart from research, Jeffrey enjoys exploring biking around the city and spending time with friends.

Aanay is currently a 3rd year PhD candidate in the Clinical and Translational Research Program working on his thesis with Dr. Joseph Castellano and Dr. Towfique Raj. He received his Bachelor of Medicine and Bachelor of Surgery (equivalent to MD) back in India. His current work includes studying plasma proteomics and investigating the causal pathways in plasma proteins that inform brain in Alzheimer’s Disease along with APOE status. Outside of his graduate school, Aanay loves to explore new dessert spots in the city whilst binge watching English dramas and Bollywood movies. Yihang received her B.S. in biology in 2018 from Wuhan University in China. During her undergraduate years, her study focused on conducting mouse surgeries to identify the neurocircuits associated with the hippocampus using different types of virus vectors. Her bachelor thesis is around identifying the monosynaptic input of the excitatory neurons of the amygdala on a whole-brain basis. As a new masters student here at Mount Sinai, her interest is to take what she learned before and direct it in a way that’s more focused on neurodegenerative diseases like Alzheimer’s. Apart from scientific research, she also enjoys exploring New York’s numerous museums and Broadway shows and reading a good book with her cat Dulcinea purring on the lap. 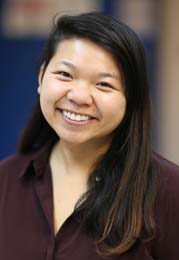 Annie received her B.A. in Biology and Psychology from University of California, Berkeley, and she is currently a Master’s student at Columbia University. During her undergraduate career, she worked in Dr. Alison Harvey’s clinical sleep lab studying sleep deprivation and circadian tendency towards eveningness and their impact on cognition, with an emphasis on memory. She also worked in Dr. Lucia Jacobs’ lab studying the role of olfaction in spatial memory. Annie hopes to further her interest in learning and memory in the context of Alzheimer’s disease in the Castellano lab. Outside of school and lab, she enjoys hiking, kickboxing, and reading, and she is an avid traveler who hopes to visit all 7 continents. 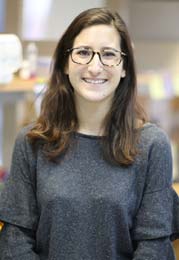 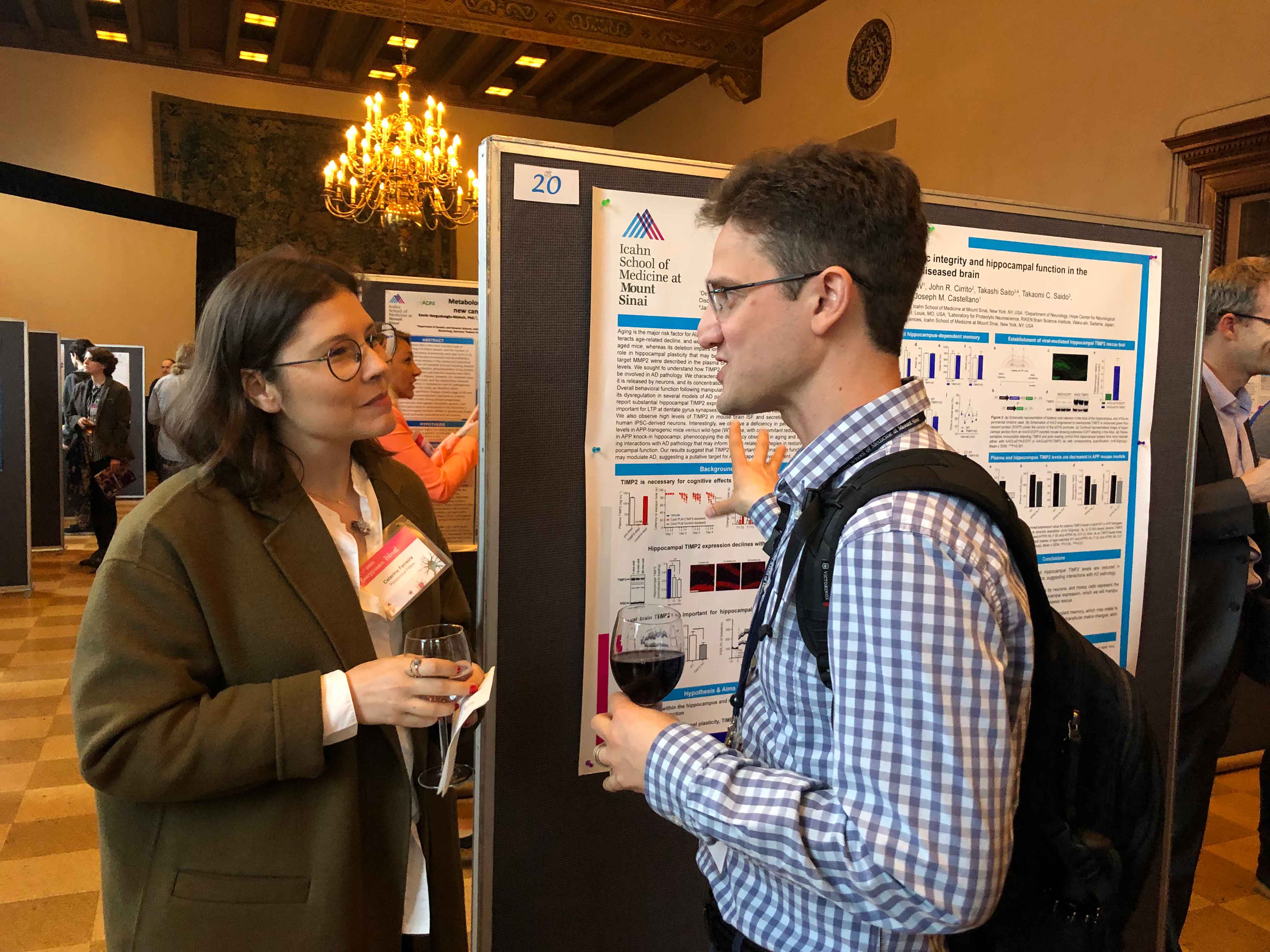 Volunteer, graduate student, and postdoctoral positions are available to study the interactions between blood/immune system and the brain in the setting of aging and neurodegenerative disease (see Castellano, J.M., Nature, 2017 for our recent work). The Castellano laboratory is also a member of the Ronald Loeb Center for Alzheimer’s disease.

Successful candidates will join an energetic team that conducts a range of sophisticated techniques, including parabiosis, in vivo microdialysis, and next-generation sequencing. The lab also employs conventional methodologies, including confocal microscopy, molecular cloning, viral-mediated gene transfer, and behavioral studies to understand processes of synaptic plasticity, as well as memory consolidation and retention in rodent models of aging and Alzheimer’s disease.

The Castellano laboratory at the Icahn School of Medicine at Mount Sinai is looking for a talented Postdoctoral Fellow to join our group! Our lab is in the Department of Neuroscience and a member of the Friedman Brain Institute and Ronald Loeb Center for Alzheimer’s disease.

Successful candidates will join a new team that conducts a range of sophisticated techniques, including parabiosis, in vivo microdialysis, and next-generation sequencing. We also employ conventional methodologies, including confocal microscopy, molecular cloning techniques, viral-mediated gene transfer, and behavioral studies to understand processes of synaptic plasticity and memory in rodent models of aging and Alzheimer’s disease. We are seeking a creative, highly motivated individual with a recent Ph.D. (less than one year) in Neuroscience or a related field who will pursue a funded project related to APOE risk and immune interactions regulating brain health. Expertise in molecular biology, rodent handling, microscopy, and basic biochemical techniques is required and experience in next-generation sequencing (bulk or single-cell) is preferred but not required. Interested candidates should send a cover letter, a CV (include details of technical expertise), and the contact information of 3 referees to Joseph.Castellano@mssm.edu. Click here to apply through Mount Sinai.

We are actively seeking current undergraduates or recently graduated students who are motivated and excited to deepen their laboratory experience. Mentored lab experiences are available for students at this level to learn new techniques, work on a hypothesis-driven project, and to enhance critical reasoning and technical skills in preparation for graduate or medical school. Interested candidates should send a CV (include details of technical expertise) along with contact information of mentors from previous laboratory experiences. Please send directly to Joseph.Castellano@mssm.edu.

We are accepting students for rotations for the Fall! Masters student positions are also available. Please email Joseph.Castellano@mssm.edu to inquire.